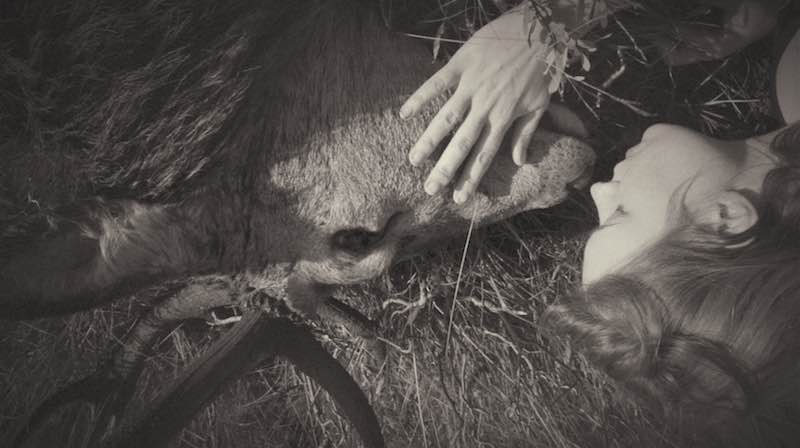 Question 1. How did you get to where you are now?

By hook, crook and winch. The sightlines and leylines of persistence, luck and sheer hard work are too complicated to begin to unravel but I think it’s the path of the obsessive, the addict, the amateur dramatic, the mystic and the lunatic.

Question 2. What is your thought process and/or the material process behind your work?

Practically, it’s very lo-tech. For language it’s etymologies, dictionaries, obscure paraphernalia and tramping around the non-centred early Welsh poetic structures that seeped into and cross-germinated with other Celtic forms. In a sense that means that the scrap paper in the motel or cheap hotel bedroom becomes an outworking of those forms . . . that the ideas come as much at the edges of experience as in the centre. I spend a lot of time in basements, old clubs and run down warehouses. Some of those are good edges to write into. But a lot of stuff is concept driven. If it’s phantasmagoria then I make it stay true to form. For example, a kind of esoteric and theoretic use of tarot combined as a way of playing the butcher (the Duke of Cumberland) back in my next book ‘The Nine of Diamonds: Surroial Mordantless’, Bloodaxe 2016. With the latest album, it’s a literal chamber music in which I’ve recorded the air in all the spaces Mary Queen of Scots existed in – including the site at Fotheringhay on the anniversary morning of her execution to embed into an album that is inspired by her poetry, I use a Glaswegian dulcitone (an early preaching instrument) and have transposed some of her sonnets. So the form fits the function but gets its nutrition from the actuality of being in those spaces – in front of her last letter or in her apartments at Holyrood very early in the morning when they’re deserted. Each thing I work on makes its own demands and I take up a pen, whip or a voice to try and get it to take shape, move along or calm down. Now I’m learning the Gaelic which will keep me running hard, I imagine.

Question 3. What is the theme or idea you have for Hidden Door?

Hidden Door is an interesting title because it suggests that the threshold of the liminal itself is obscured. This is quite accurate and quite brilliant because the ‘thin places’ that are referred to in Scots Gaelic culture are the ones where the parity between consciousnesses of worlds or states and those places are found – as you might suspect – in the mountains. There you can disappear quite easily. And of course people do. But here’s the rub; within Gaelic consciousness, the liminal spaces – the crossovers between worlds are often flipped. You get the burn or stream running through the domestic space. You have mirrors becoming gateways between the Victorian parlour and the wild heath. I’m talking here about George MacDonald who is an obscure giant – seminal to C.S. Lewis and the wardrobe of ‘The Lion, the Witch and the Wardrobe’, also to Tolkein but also to Eliot and Mark Twain. He’s our phantasmagoric father in Scotland and credited with being the world’s first fantasy writer. I made my first short film in the Gaelic on Skye in 2014 and it’s called ‘Aisling Sheòrais MhicDhòmhnaill: George MacDonald’s Dream’ so for me the door that is hidden is an electric code for the fantastical in Gaelic culture.

Question 4. Have you ever got halfway through a project or idea and changed direction and why?

Usually for want of being darker and dirtier and usually it changes direction on me. But when you’re cooking up work, there’s a really loose period where you want things to rattle around before you settle them down. When I reach the stage of settling things down then it’s much harder and clearer aimed at, the conclusion, and I tend to ignore the small collection of demons on the shoulder, ranging from elderly nerds to indifferent harbingers of cool that try to set me off course. If you think doubt is a sacred art then you can use that as counterpoise but I usually try and banish it as ego and keep my eye on the road, otherwise it’s a series of kaleidoscopes.

From 27 May – 4 June 2016 Hidden Door will return to the amazing disused street lighting depot behind Kings Stables Road in Edinburgh. Click here for ticket info